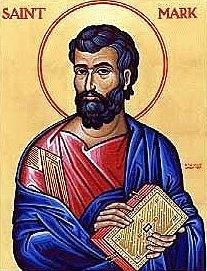 This is post number six in my ongoing series containing my reviews and thoughts on Daniel Kirk’s newest volume, A Man Attested by God: The Human Jesus of the Synoptic Gospels. Today we will start your Labor Day weekend examining Kirk’s second chapter – “Son of God as Human King.” In particular, I will focus on the Gospel of Mark, the first document Kirk discusses in this chapter. As has been my custom in these reviews, I offer a few bullet points covering his arguments along with a few comments of my own in italics.

Mark checks out to fit the working hypothesis that Jesus of Nazareth is best understood as a Jewish idealized human figure (rather than a preexisting divine person or angel). Let me know in the comments below what you think of Kirk’s reconstruction of the Gospel of Mark. Tomorrow I plan to post on Kirk’s arguments in the Gospel of Luke regarding how he depicts Jesus as “Son of God,” so stay tuned!