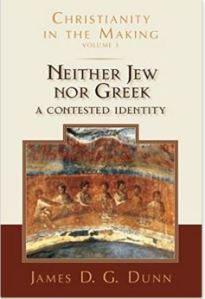 Having finished the book and given myself a few hours to let the data ‘sink in’ I am now ready to offer my final recap/response. What is likely the final publication of James Dunn’s career of ground-breaking scholarship and scriptural insights shows that he is at the top of his game, both mentally and theologically. Chapter fifty of Nether Jew nor Greek: A Contested Identity gives Dunn the opportunity to synthesize his historical findings and offer up some concluding thoughts.

The inquiry which he set out to examine regards tracing the trajectories of Jesus traditions from the year 70 CE on into the middle of the second century. He highlights the striking find (which needs serious pondering among modern theologians and preachers alike) that the gospel message “came to include the story of Jesus’ mission and teachings, and not just the account of his death and resurrection and their corollaries.” He also notes the observation that the Jesus traditions as exhibited within the Synoptic Gospels tell the same story with different details and emphases. Even John’s Gospel, which followed Mark’s structure of a written Gospel without actually possessing literary dependence, confirms the transmission of the Jesus material. Thomas chose instead to divorce Jesus’ teachings from his death/resurrection in addition to setting them forth in a non-narrative format (thus calling into question its label as a ‘Gospel’). Dunn also reminds his readers that the second-century sources continued to demonstrate that the Jesus traditions were spreading orally, despite many Apologists acknowledging the four written Gospels. As the second century progressed so did the shift from using the oral teachings of Jesus toward relying upon the four written Gospels. Although other ‘Gospels’ were in circulation there is little evidence that they were revered at the level of the four canonical Gospels.

Dunn has reopened the question regarding how interpreters assess James the Just, arguing that he was the most direct line to the Jewish Jesus. Although the apostle Paul is largely responsible for the massive expansion of the Jewish sect of Jesus-followers into the Gentile world he is perhaps to blame for many awkward and embarrassing questions regarding the incorporation of these two social and religious spheres. Peter too is to be further appreciated as the leader of Jesus’ disciples, as a witness of the resurrection, and Matthew’s insistence that Jesus would build his church upon this ‘rock.’ John’s influence upon early Christianity hardly needs to be argued for, but his Logos theology provided a way for Christians to insist on a line of continuity between the creator and the created order in the face of Gnostic voices which sought to distance the two.

Dunn observes that the contest over Christianity’s identity proved to be much more complex then Eusebius was willing to admit. While Eusebius focused on the pillars of the ecclesiastical system, a New Testament defined by apostles, and a definitive rule of faith Dunn challenges these three in light of his research. Instead, he argues that ‘Jesus as the Christ risen from the dead’ was clearly the defining center of the movement and the one from whom the traditions sprung. Furthermore, he stresses that the ecclesiology is not uniform throughout the NT, pointing to Paul as one who never appointed elders or leaders, the Pastorals which came in with a qualified list for overseers, and the teaching of the ‘priesthood of believers’ in 1 Peter and Revelation. This gives Dunn the opportunity to stress a point which he has already published on previously: the unity in diversity within early Christianity. In fact, the fact that these diverse forms (and others) were canonized should have disturbed the catholic Christianity which itself stressed the religion’s uniformity.

In regard to a rule of faith Dunn rightly observes that christology became a much strong and more emphasized driving force than Jesus’ death and resurrection  for salvation and forgiveness of sins. These led to the seemingly unavoidable path of the developed creeds defined in Nicaea and Chalcedon. On this point, Dunn boldly suggests that,

the NT canon invites those who find the developed creeds as confusing as definitive (that is, not at all clear as to what the definition affirms), to return to the basic insights of the first century: that God is invisible, but Jesus has made visible the invisible God.

The rule of faith which was intended by many early Christians to hold together both Jewish and Gentile believers in Jesus was never achieved with any long-term success. Dunn chalks this up to the overall loss of regard for Christianity’s Jewishness, and this absence “remains a feature of Christianity to this day.” His closing words urge readers, theologians, and historians alike to take seriously the undeniable feat that Jesus was a Jew and that the God he revealed was the God of Israel, and that the one God whom Jesus affirmed was also the Creator of all things. 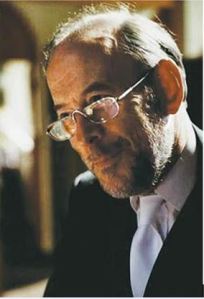 My overall impressions of this book is that it presents a lot of persuasive data in a very organized manner. Dunn’s overarching inquiry is clearly examined with every source available without sounding like you are reading a dry dictionary. He is regularly succinct in his writing while balancing his thorough approach. Readers may quibble with a detail here and there, but it is hard to not be moved and impressed with the conclusions drawn from such a grand scope of study, especially if you have read the previous two volumes (Jesus Remembered and Beginning from Jerusalem). This current volume will easily become a classic staple for those interested in the development of Christianity on into the second century and for historians of the oral Jesus traditions alike. I personally am currently considering how I can incorporate parts of this volume into required readings for college undergraduates in biblical studies. James D.G. Dunn is one of the world’s finest NT scholars alive and should be emulated in his thorough approach to the text, historical data, and methodology. 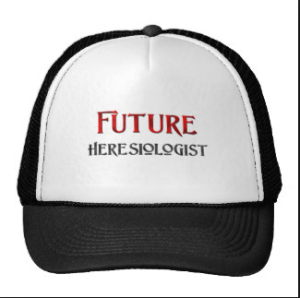 This is the ninth installment of my continuing recap/summary over James Dunn’s newest volume Neither Jew nor Greek. In this section I will cover his section entitled ‘Eusebius and the Heresiologists’ (40.3). Dunn offers this section in part due to the fact that the Christian movement begins to see a change from a plethora of apologists to a group of heresiologists (‘heresy scribes/hunters’). This particular time period is “a decisive tipping point in Christianity’s history and the point at which this study concludes.” Dunn also carefully notes that the relaibility of historical information on these six figures is shaky and often uncertain at points, but they do shed some light on what was taking place during the second century CE. In this post I will follow Dunn’s order of the six figured covered, which also follow a chronological ordering.

-Eusebius notes that Hegesippus belongs in the generation after the apostles (HE 2.23.3)

-Discusses a variety of heresies, some of which he attributes to arguments over the successors in the Jerusalem church after the death of James (HE 4.22.3-6)

-Dunn indicates that Irenaeus could be categorized as the last of the apologists, but his most significant literary contribution was the five books Against Heresies

-Bridged the gap between the east and the west, having grown up in Smyrna but eventually serving as bishop of Lyons in 178 CE

-Argued against a variety of forms of Gnosticism, particularly belonging to Valentinius

-Argued that there should only be four Gospels

-Born around 160 and raised in Carthage

-Converted to Christianity some time before 197 CE

-Leaned toward Montanism, resulting in a hit to his reputation

-His primary writing was Refutatio Omnium Haeresium (‘Refutation of All Heresies’)

-Was a supporter of Arius (the primary opponent of Nicene christology)

-Likely gave an “unwilling assent” to the Nicene Creed

-Noted as an uncritical upholder of the Nicene Creed

-His principle writing Adversus Haereses describes and attempts to refute some eighty religious sects, beginning from Adam on down into his own time

-Argues that Judaism itself is a heresy

Subscribe for further installments of my recap/summery of James Dunn’s Neither Jew nor Greek.

I know I am a little late to the Mark Driscoll’s Jesus table, but I have wanted to respond to his recent controversial sermon (see here where the Mars Hill website censored the message afterwards).  In this particular sermon, Mark openly wrestles with how it is that, on one hand, his Jesus could both create the heavens and the earth, while on the other hand, be truly described in such passages as Luke 2:40 and 2:52 as “increasing in wisdom.” The controversy, from the perspective of evangelicals, is that Mark suggests that Jesus learned and grew in wisdom by making ‘mistakes’, but these mistakes are to be distinguished from sins.

I don’t want to comment on the mistake vs. sin debate which Mark’s sermon has created. I do, however, want to place my finger on the issue which he has inadvertently brought to the forefront. Mark rightly points out that which all four Gospels regularly depict; Jesus is not coequal with God the Father in regard to his knowledge and understanding. Consider the following passages:

Taking the blind man by the hand…after spitting on his eyes and laying His hands on him, He asked him, “Do you see anything?” (Mark 8:23)

And He asked his father, “How long has this been happening to him?” And he said, “From childhood.” (Mark 9:21)

Seeing at a distance a fig tree in leaf, He went to see if perhaps He would find anything on it; and when He came to it, He found nothing but leaves, for it was not the season for figs. (Mark 11:13)

The Child continued to grow and become strong, increasing in wisdom; (Luke 2:40)

And Jesus kept increasing in wisdom and stature, and in favor with God and men. (Luke 2:52)

I do nothing on My own initiative, but I speak these things as the Father taught Me. (John 8:28)

So when Jesus came, He found that he had already been in the tomb four days. (John 11:17)

These passages clearly go against the closing words of the Nicene Creed which states:

But those who say: ‘There was a time when he was not;’ and ‘He was not before he was made;’ and ‘He was made out of nothing,’ or ‘He is of another substance’ or ‘essence,’ or ‘The Son of God is created,’ or ‘changeable,’ or ‘alterable’—they are condemned by the holy catholic and apostolic Church.

I suppose then that the authors of the four Gospels, since they depict Jesus has growing in knowledge, learning new things, and being unaware of the day of his second coming, would fall under condemnation of the Nicene Creed.