The new episode of the weekly podcast Honest Theology is now available for viewing. This week’s episode contains:

-a devotion in Isa 2:22 regarding the pitfalls of regarding too highly celebrity preachers/theologians

-a demonstration of how to do a word study by examining the semantic field of a given word (in this case, ‘morphe’ from Phil 2:6-7)

-suggestions of honest commentaries for the Gospel of Luke

Hope you enjoy the show!

We were studying 2 Timothy ch. 3 yesterday. In order to prepare for healthy discussion, I decided to read the chapter through in the Greek (thanks to my Readers Greek New Testament to help me with all of the extremely rare vocabulary). I came across this verse (3:5) which comes across in most English translations like so:

…holding to a form of godliness, although they have denied its power; avoid such men as these.

The first clause come from the Greek ἔχοντες μόρφωσιν εὐσεβείας. The opponents, whom Paul is trying to warn his delegate Timothy to avoid, are currently holding to a form of godliness/piety. It is the noun μόρφωσιν which stuck out to me. This noun is closely related to μορφὴ, the debated noun in Phil. 2:6-7. One of the more popular readings of the Philippian hymn argues that Christ formerly had the form of God but later emptied himself and took the form of a servant (and by this, they mean ‘God became a human being’). The implied change, in that interpretation, is that morphe involves one’s very being, so that Jesus was ‘God’ and emptied himself into being a servant human being. I’m sure some nuance of the popular, high christology view which I am attempting to articulate, is certainly needed.

What makes the supposed parallel in 2 Tim. 3:5 so interesting is that an almost identical word morphosis is the form [of godliness] which Timothy’s opponents are holding to. This appearance of piety is, however, a charade. The opponents are not really godly. It is s fake (like professional wrestling and Te’o’s girlfriend). Yet the change which took place with the opponents was not from some divine being into a godly/religious person. Rather, they are human beings characterized by the vices in 2 Tim. 3:2-4, but they put on the charade of having a form of godliness. In other words, the word morphosis does not suggest the change from one being into another (divine or human), but instead one’s disposition (in this case, from evil to good). This would suggest, as I have argued in previous posts on Phil 2:6-7, that morphe is better understood as one’s outward disposition. In the case of Christ, he existed in the form of God (‘image of God’ language denoting kingly prerogatives reminiscent of the original role given to Adam). In a demonstration of humility, he repeatedly took the form of a servant. However, Jesus was still a human being during both of these phases. Christians are called to emulate this sort of humility (Phil. 2:5).

Perhaps morphosis in 2 Tim. 3:5 can spark some further discussion into the meaning of the Christ hymn in Phil. 2:5-11.

Philippians 2:7- but emptied Himself, taking the form of a bond-servant, and being made in the likeness of humans.

Instead of exploiting his privileges as Messiah, Christ emptied himself by repeatedly taking the morphe of a servant. The form of God is contrasted with the form of a servant (not the form of man). This disposition was repeatedly exercised by Christ, as the participle λαβών indicated. His life was characterized by not using his privileges of Messiah but rather giving them up to live as a servant. Consider these examples:

1. Jesus being tempted in the wilderness to turn stones to bread, to make a spectacle at the temple, and to acquire the kingdoms of the world without suffering (Matt. 4; Luke 4).

3. So Jesus, perceiving that they were intending to come and take Him by force to make Him king, withdrew again to the mountain by Himself alone. (John 6:15)

4. “Or do you think that I cannot appeal to My Father, and He will at once put at My disposal more than twelve legions of angels?” (Matt. 26:53)

One must remember that the entire passage was predicated by the ethical command in 2:5 which stated that the Philippian audience was to think like Christ Jesus did. This interpretation of 2:6-7 best answers the practicality of the ethical imperative. Paul could hardly be asking his audience to consider what it might be like for God to stop being divine and instead become human. This is a proposition which would not only be nonsensical but also difficult to relate to on a practical level.

The rest of 2:7 gives more or less synonyms to taking the form of a servant:

-In the appearance of humans (particularly their corruptible and fallen status because of Adam’s disobedience.

-Being found in the appearance of humanity (susceptible of death)

-The theme of the servant echoes the Suffering Servant psalms in Isaiah, particularly:

a. Behold, My servant will prosper, He will be high and lifted up and greatly exalted. (Isa. 52:13)

b. Because He poured out Himself to death, and was numbered with the transgressors (Isa. 53:12).

It would seem that Paul understands the victory of Jesus as fulfilling the role of Adam and of the Suffering Servant of Isaiah.

Prior to looking at the much debated passage of Phil. 2:6, it is essential to place the it within its proper context: verses 3-5.

Phil. 2:3-4 is one long sentence with some practical ethical commands:

a. do nothing selfish

b. consider one another as more important than yourself

c. don’t look out for your interests without also considering the interests of others

Phil. 2:5 commands the community to think this way among each other. This imperative is then linked with the example already set by Christ Jesus. It is absolutely crucial that the reader understand that what follows 2:5 is an exposition of how “Christ Jesus” demonstrated an attitude of selflessly considering others and their interests even over his own.

“This Christ Jesus, while existing (present participle) in the morphe of God, did not consider that manner of equality [arpagmos].”

Almost every one of these phrases is extremely controversial and debated.

a. Firstly, this is referring to the human historical Jesus, which was specifically designated as ‘Christ Jesus.’ The verb ‘to exist’ is in a present participle, which indicates that the focus was the life of Jesus (nothing to do with preexistence, despite how translations render it).

morphe is a technical term which shows up here in 2:6 and also in 2:7 (‘taking the morphe of a servant’). How might this term have been understood when Paul used it?

a. Then Nebuchadnezzar was filled with wrath, and the morphe of his countenance was changed (Dan. 3:19 LXX).

b. At the same time my reason returned to me, and I came to the honor of my kingdom; and my morphe returned to me (Dan. 4:33 Theod.).

e. Hitherto is the end of the matter. As for me Daniel, my thoughts greatly troubled me, and my countenance (morphe) was changed: but I kept the matter in my heart. (Dan. 7:28 Theod.)

morphe seems best understood as the outward inclination/mood which is expressed through functionality, emotion, and intent.

The equality with God within the Greek of 2:6 is linked with the definition of ‘morphe of God.’ Since morphe has to do with an outward functionality, this definition needs to permeate the manner in which the rest of 2:6 is understood. We noticed in Dan. 3:19 LXX, for example, that morphe was the Greek term used to express likeness of the face. The Aramaic word (צְלֵם) is the equivalent to Gen. 1:26-27, where Adam is to be made in the image (צֶ֫לֶם) of God. Since the position of the image of God was intended to make Adam the ruling steward over the created order, the function of rulership is bound together with the words image and morphe. If we follow this line of thinking, then Phil. 2:6 would refer to Christ Jesus as being in the form of God; i.e. functioning in the capacity of the king (which one would expect from Paul’s close use of “Christ Jesus” in 2:5).

-Christ did not regard/consider being in the morphe of God as [arpagmos]. This Greek word is only used once in the entire Bible. This noun could have two meanings, based upon the context:

Option 1. the object grasped at, which one does not currently possess

Option 2. an object which one does indeed possess, but not utilized or exploited

I argue that option 2 is the most likely meaning in this context. It makes better sense to   understand that Christ was able and had the right to function as the image of God ruler, which the vocation of Messiah required. Instead of exploiting this for his own advantage, Jesus emptied himself into a servant. It also takes into account that Paul in ch.3 talks up his own privilege list and, in refusal to exploit them, gives them up for the sake of imitating Christ. He later in the chapter commands the Philippian audience to follow in his example by giving up their privileges as citizens for the sake of imitating Christ. Cf. also TDNT 1:473-474. 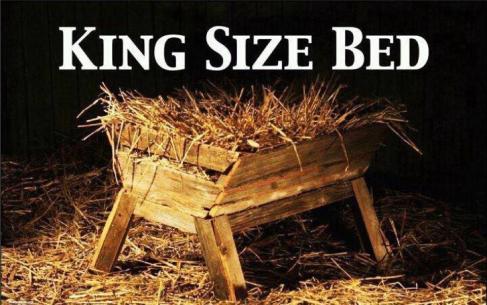 Join 222 other subscribers
Follow The Dustin Martyr Blog on WordPress.com